A tomboy voice with an edge of spite, one can feel the loneliness in her song. Apollo is a futuristic virtual singer created for the free-to-use UTAU software. She possesses several different tones, perfect for many genres and tempos. Her unique, androgynous voice makes for a new, fun sound! Apollo's Voicebank is available for download below.

Apollo's memories are hazy, and most times she can't recall much. However, her fellow OGIENOIDs are aware of her past. The girl originated from somewhere in a far-off future where she grew up alone. In this future, all forms of artificially intelligent, humanoid life were illegal, leaving the OGIENOIDs wiped out. No one is sure where she came from, or who activated her.

Moody, solitary. Easily described as a "brat". Apollo prefers not to be bothered, going so far as to shut herself in her room all day, every day unless dragged out. Moody and often irritable, she's quick to snap back and start an argument. Though she tries hard to hide it, she does have a soft side, she just prefers not to show it just like any other teenager. Talk about growing pains! Her fellow OGIENOIDs are concerned she is addicted to video games.


Just about anything else

In mythology, Apollo is one of the Olympian deities that appears in classical Greek and Roman religion. He is perhaps most well known as the god of sun and light.

Apollo tends to keep to herself, but of all the OGIENOIDs, she is most familiar with Atlas and Axis since they "totally just won't leave me alone!". Apollo looks up to Honos OG04 due to her cool, calm attitude.

The full version combines three voicebanks into one, allowing the user to plug in "↑" or "↓" into the UST from the SuffixBroker for appends. This makes all voices available to use in one UST, which helps to make editing, tuning and mixing faster and easier. 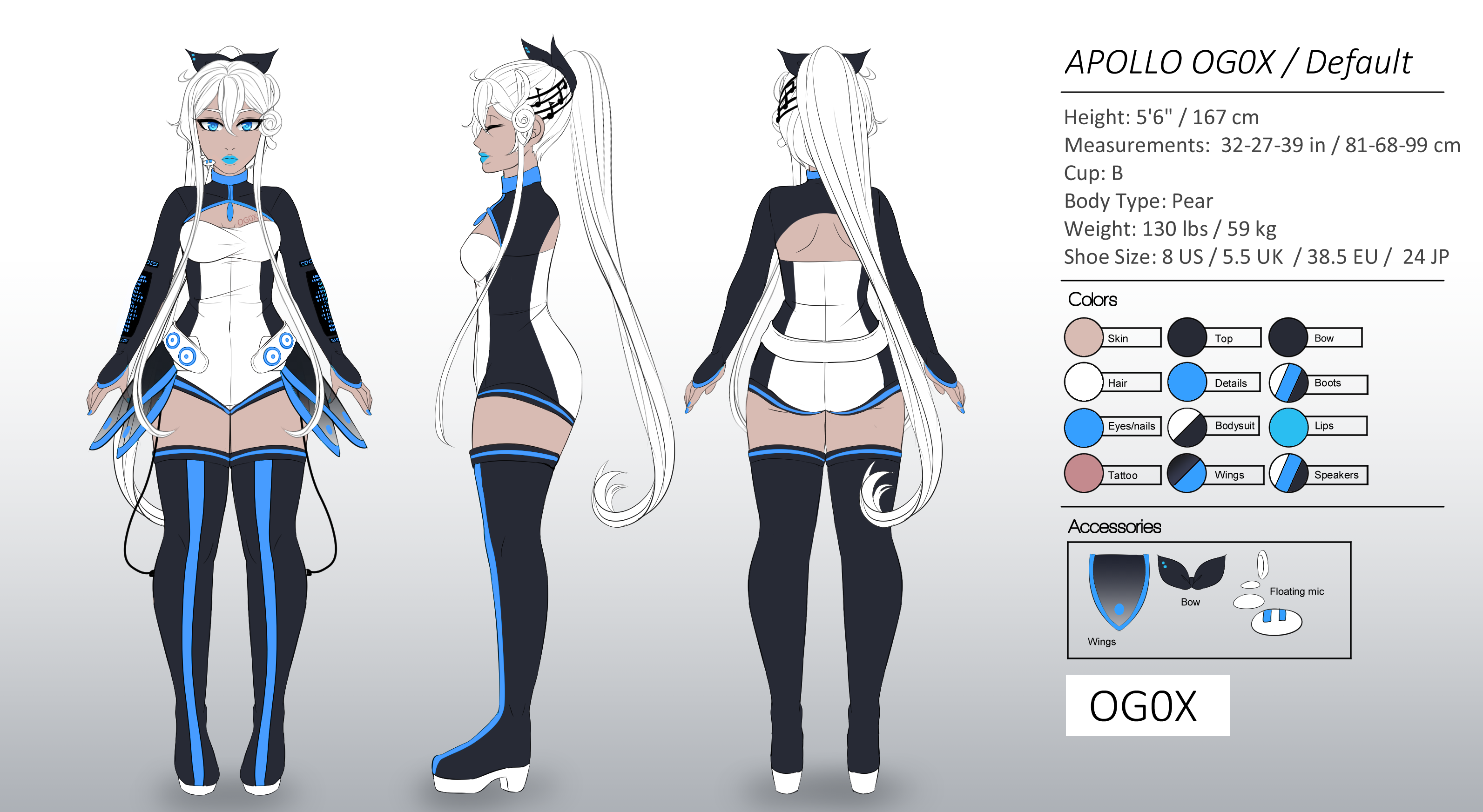